A new addition to the ongoing feud between the rapper 50 cent and the soon-to-be-married Randall Emmett and Lala Kent has just received it’s latest addition after 50 cent released an audio recording of him and his lawyer talking.

The audio recording reveals an alleged contract that Randall Emmett and Lala Kent signed with the rapper.

The audio recording was posted with a scathing caption in which 50 cent deems Kent the “drunk ass girlfriend” of Emmett with the hashtags #lecheminduroi and #bransoncognac added for good measure. 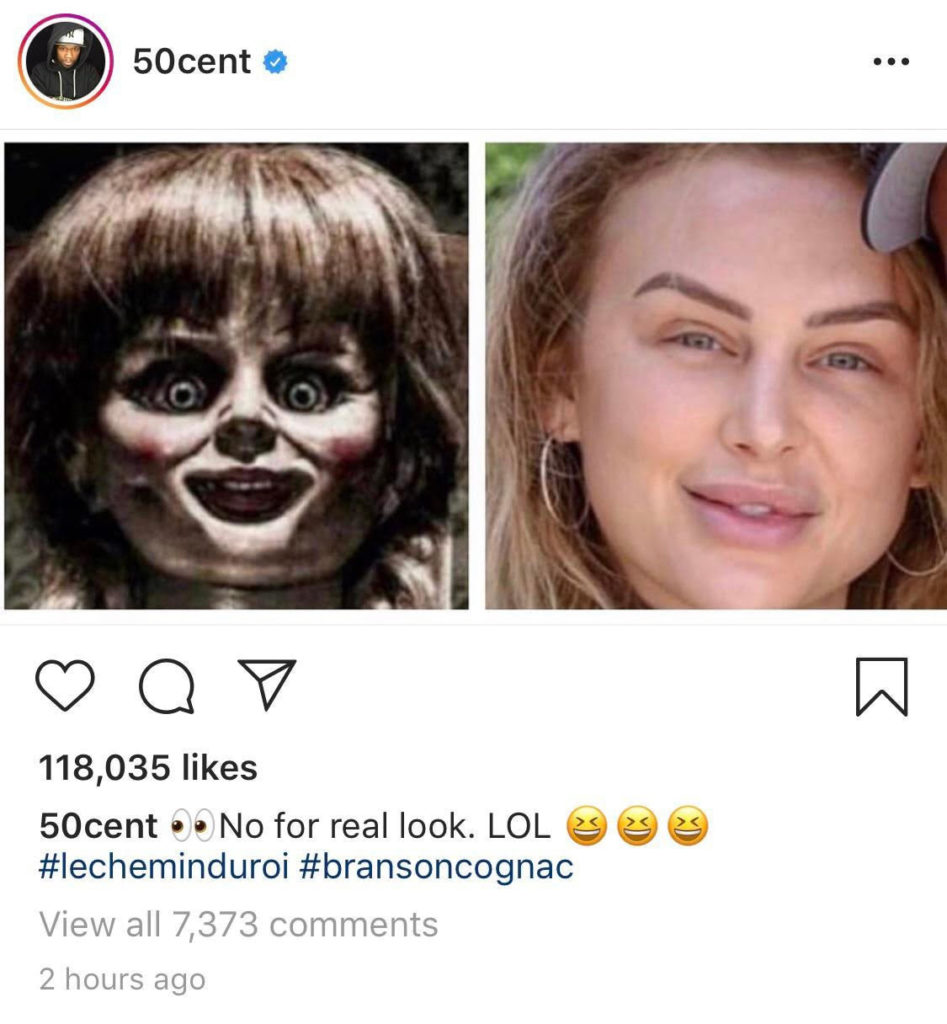 It turns out that a contract was struck up between both parties – with Kent owing 50 cent a $1 million, it was decided that the rapper would not have the permission to make any public statements about the couple unless they did so first (following the deal being completed.)

50 cent was given the go-ahead to respond in “any manner and without any restrictions” which lead him to exclaim “I don’t give a f**k” at the prospect of being sued for defamation.

The million dollars was paid back to the rapper by Kent who has largely been side-lined in this whole continuous spat.

50 cent added fuel to the already burning fire over the weekend when he slammed Kent in a line of Instagram posts referring to her having a drink and cocaine problem. One of the posts was captioned with “have a drink, hit da powda 4 days straight.”

Kent has denied accusations of cocaine use.

Lala posted the following in reaction: