MONDAY UPDATE: After a weekend full of entertainment it looks like the epic Fofty Cent vs. Lala/Randall saga has come to a conclusion. It lacked the fireworks many of us were anticipating but it seems both parties involved are satisfied. 50 also apparently made a cool, clean $300k in the process selling t-shirts.

According to 50, Randall has wired the remaining $750k this morning and all beefs are officially squashed.

50 posted this screenshot w/ the caption: I got my money, so I have no problem with Randall Emmett, in fact I’m wishing him and his family a very blessed day. positive vibes now guys. LOL 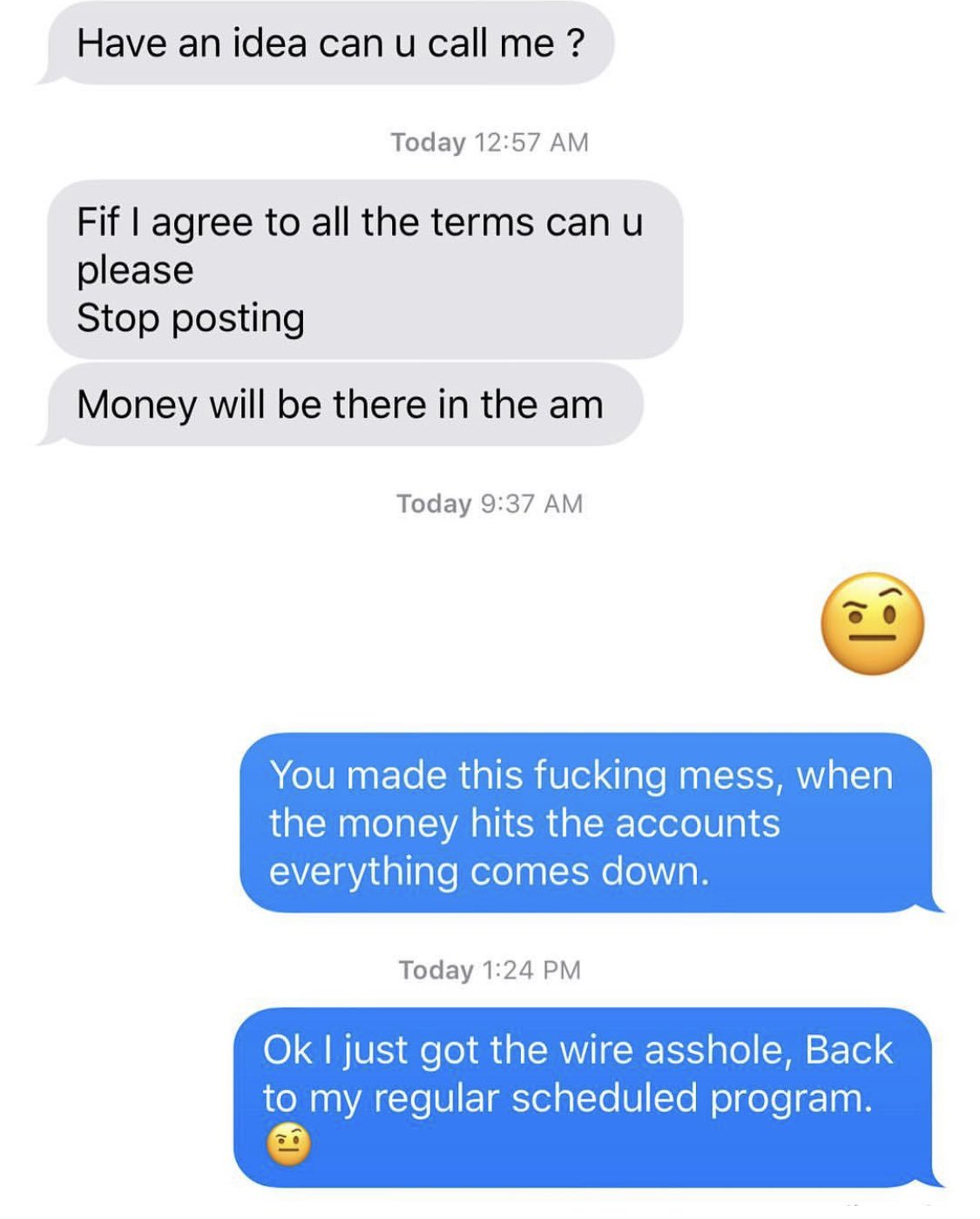 UPDATE: This is getting ugly folks 😂😂. Fofty responds to Lala summoning the #MeToo Movement by asking how the Range Rover is and calling Randall a “Harvey Weinstein”.

Hey how is the Range Rover? There’s no difference between Harvey Weinstein and Randel Emmett! This is reality, not reality TV. Bravo Bitch @bravo.

What is she talking about? What does me too have to do with fif posting a clip of her own words of spreading it wide? – @tshall78

I’m confused. How is telling your business with cameras on private? 😅 – @mr.journey19

One things for sure, no one saw this  LaLa Kent and Randall Emmett vs. 50 Cent feud coming.

It seems to have stemmed from 50 watching a Vanderpump Rules rerun on Bravo early this morning. It was the episode of Lala getting her hair done with Stassi explaining how the night her man and her met he sent his assistant over to offer her an “audition” in his hotel room and she went there and immediately gave him head and got a Range Rover the next day. (fun fact: turns out the Range Rover was a regift and was given to his previous mistress before he snatched it back and gave it to Lala) 50 while watching this all go down posts a clip of the episode saying Randall’s a sucker and Lala is a gold digging winning hoe – all in good fun 😂 Lala decides to chime in like she’s Tupac from Utah and starts going off in her instagram live about the Me Too movement and how 50 needs to be stopped when she herself sat on national tv talking about her CREEPY bf pulling a Harvey Wienstein on her to even get her attention, then she went on to accuse 50 of being a “she” insinuating the rumors of him being a cross dresser behind closed doors are true….then she went on to tell him “GET THE STRAP” multiple times…again a man who survived being shot 20x ….yikes…she deleted everything on her end within the hour and ran to USWEEKLY with all the receipts trying to sell the story instead…they called 50 for comment and that’s when 50 just about lost it saying they’re losers and sell stories and that Rand owes him a million dollars and better have it by Monday or else – Rand immediately shit himself and faked cardiac arrest and 50 hasn’t stopped since.” 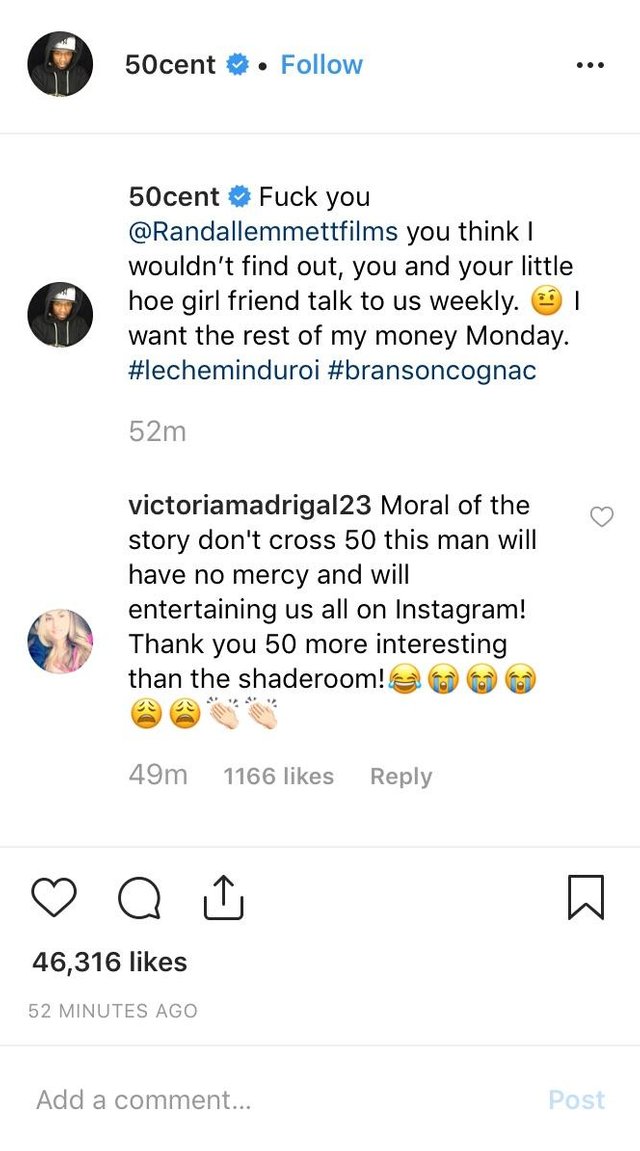 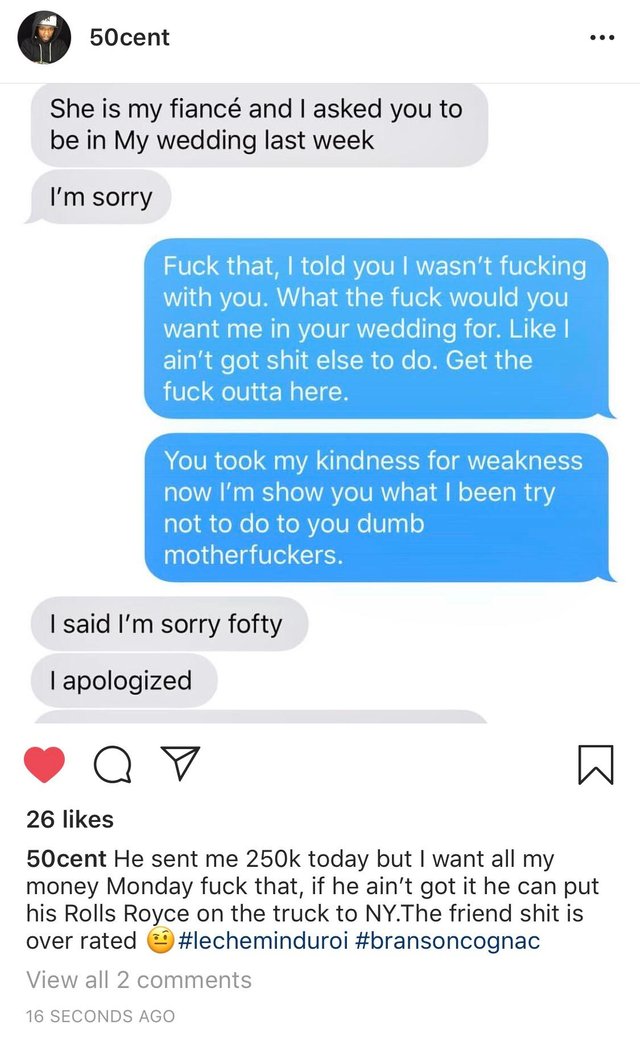 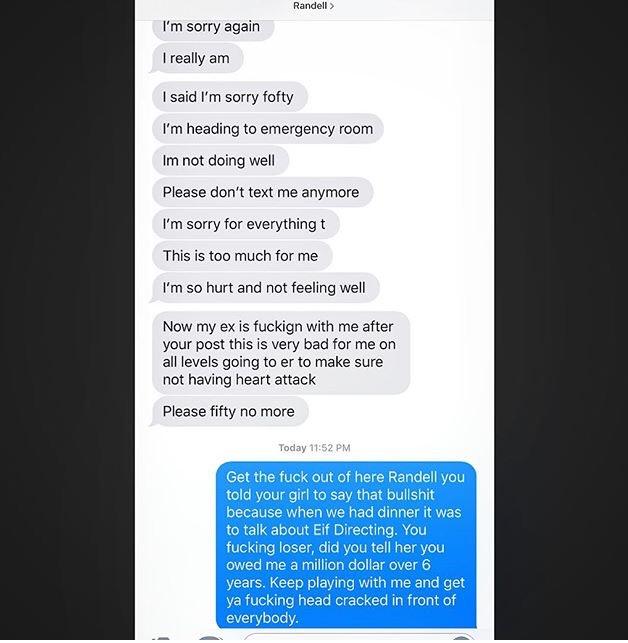 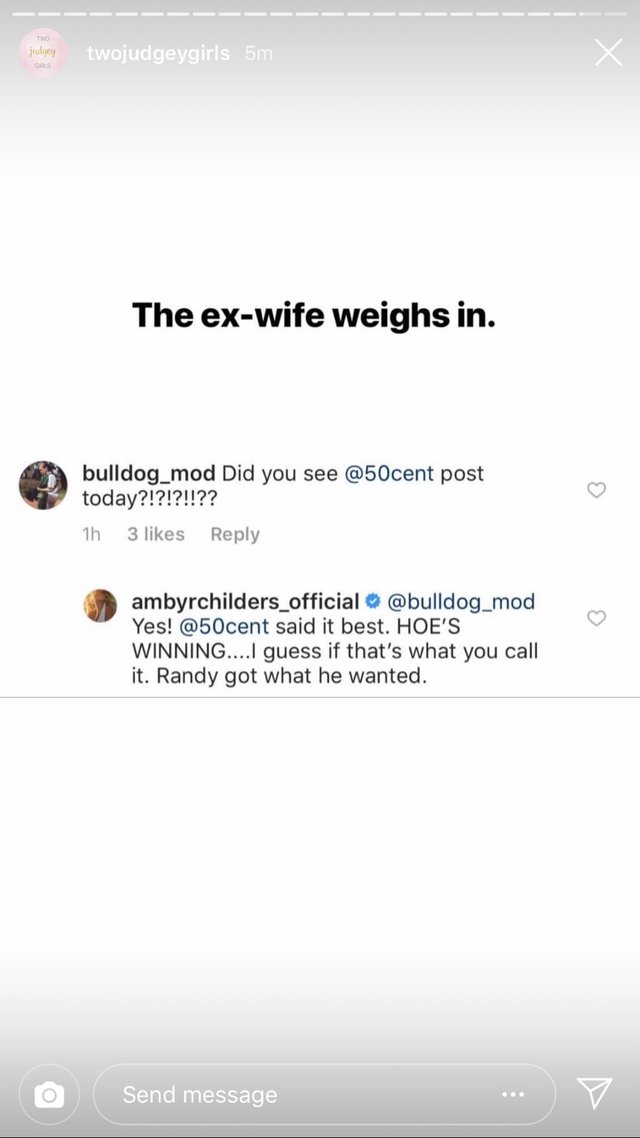 The internet has already started churning out the meme’s: 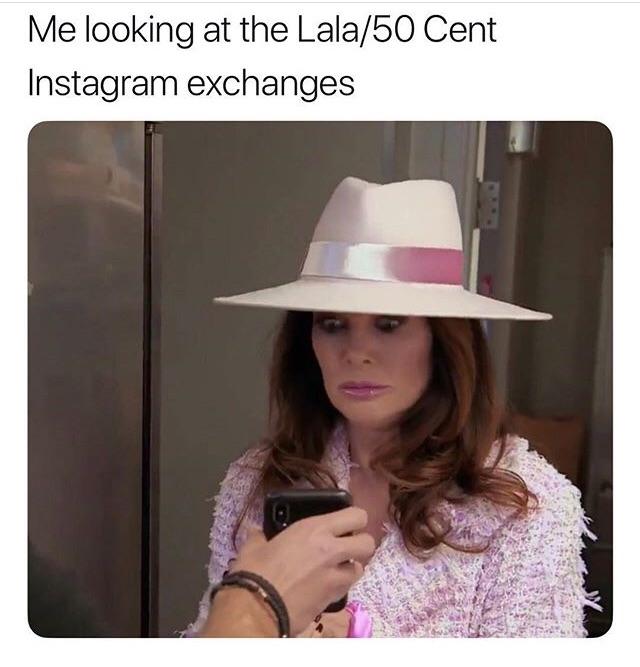 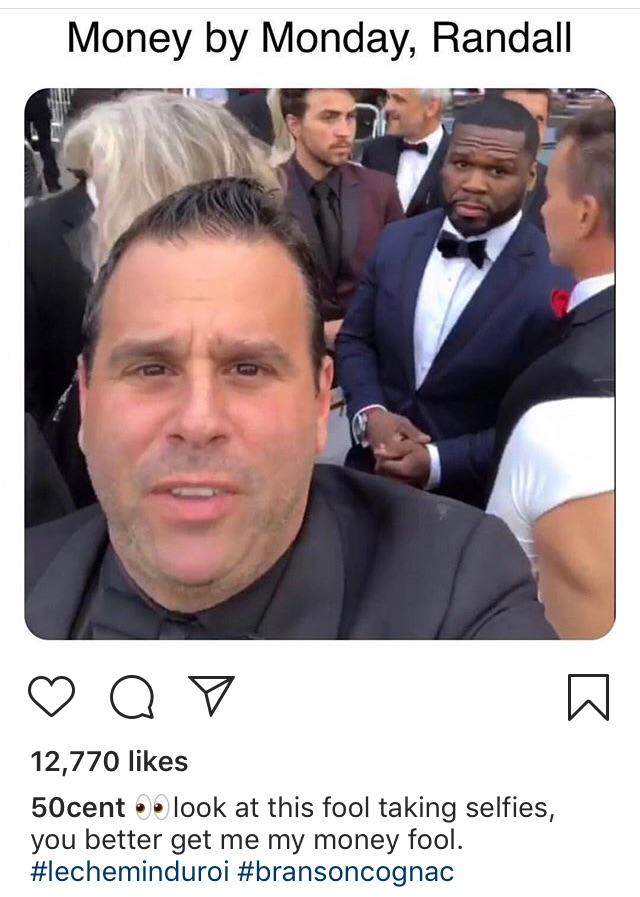 50 cent, Bravo TV, lala kent, pumprules, randall emmett, Vanderpump Rules
Olivia Harper is the head editor at Melrose Living. She has a degree in English and Interior Design. Olivia enjoys writing about fashion, entertainment, and business. When she isn't writing, she likes to shoot photos, travel, and paddle board with her dogs.